Jack is Proteum’s technical support and service engineer for all products, such as OXE, Baudouin, Mason, Konrad, Bukh and Alamarin-Jet. He regularly conducts unscheduled maintenance, installations and commissioning. Jack’s work takes him all around the world!

Jack is from the Orkney islands, Scotland. Growing up on the Orkney Islands meant Jack became involved in the marine industry at a young age and went on to pursue a career in marine engineering.

Jack began his career on a fish farm then shortly moved to the Med to pursue a career in yachting. While working on the support yacht for the Talasker Whisky Row across the Atlantic, Jack was offered a job working for the FPT (Iveco) Marine UK, main dealer in Southampton where he worked for a number of years before joining the Proteum team in 2018. 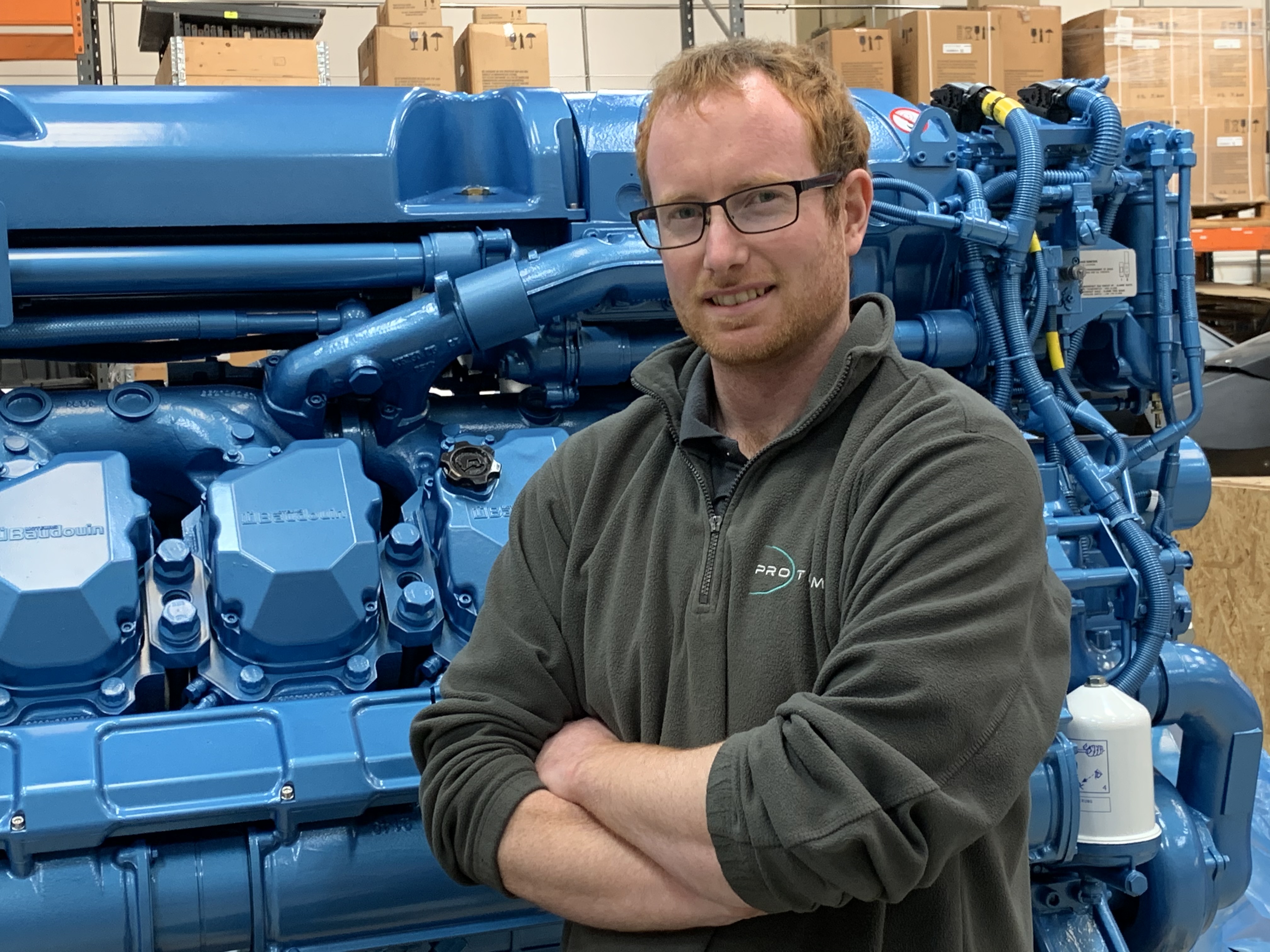