The first commercially viable diesel outboard engine is being unveiled to the UK market next week at Seawork by MDS Marine, a subsidiary of Supacat Group Ltd. The 200hp OXE Diesel outboard has the highest power density of any marine diesel and has the range and performance to operate in the extreme environments required by commercial operators.

UK based coastal fishing and aquaculture users will be among the launch customers for the OXE Diesel. Other potential applications include survey work, emergency services, EEZ protection and other paramilitary operations.

“For the first time commercial operators have the choice of a diesel engine, which solves the logistic and safety issues associated with operating petrol engines, as well as the high prices charged in remote areas. For example, a fish farm can have fuel delivered directly and store it above ground in a bunded tank”, said Jeremy Paul, General Manager of MDS Marine.

In April this year OXE manufacturer, Sweden based CIMCO Marine, appointed MDS Marine as distributor for the UK, Ireland, The Channel Islands and Gibraltar. Hamble based MDS Marine is providing sales, support, spares, maintenance and training.

MDS Marine, part of Supacat Group’s growing marine business, provides a one-stop-shop in the 200-500hp inboard and outboard propulsion market for commercial, leisure and military users. It is the UK distributor for MarineDiesel Sweden’s VGT engines and for drive manufacturers, such as Konrad and MSA. Last year Supacat Group acquired Poole based BUKH Diesel UK Ltd and distributes BUKH A/S’ SOLAS approved engines and other products in the commercial, leisure and safety boat market. 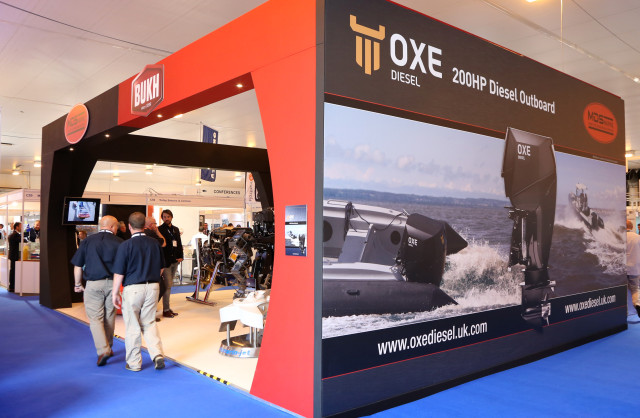