The first viable high power diesel outboard engine for military users, OXE Diesel, is being launched onto the global defence and security market at DSEi by Hamble, UK, based Proteum Ltd, part of SC Group.

The 200hp OXE Diesel outboard has the highest power density of any marine diesel and has the range and performance to operate in the extreme environments required by military operators.  An OXE Diesel powered Boomeranger rib (rigid inflatable boat) will give waterborne demonstrations of its capabilities at DSEi. Potential applications for OXE also include EEZ (Economic Exclusion Zone) protection and other paramilitary and emergency services operations.

The use and storage of petrol aboard mother ships for daughter craft is becoming increasingly prohibited by navies and other forces due to its volatility and NATO’s single fuel policy to improve safety and interoperability is further driving the transition to diesel.

“Finally military and other specialist operators have the choice of a diesel engine to solve the logistic and safety restrictions associated with operating petrol engines and to benefit from diesel’s significantly lower operating costs”, said Jeremy Paul, General Manager of Proteum.

The advantages of operating diesel engines are lower maintenance, longer service life, lower fuel consumption and lower volatility allowing for safe storage both on board and on land where it can be stored in a bunded tank above ground for easy access.

OXE Diesel uses a conventional automotive engine block adapted for marine use and unlike most outboards it is mounted horizontally, which improves reliability and reduces maintenance.   OXE incorporates a unique self-contained belt propulsor unit (S-BPU) that eliminates the traditional high maintenance bevel gears and transfer shafts by utilising the latest belt drive technology.

In April this year OXE manufacturer, Sweden based CIMCO Marine, appointed Proteum as distributor for the UK, Ireland, The Channel Islands and Gibraltar, providing sales, support, spares, maintenance and training. In June OXE received its commercial launch at Seawork  and secured contracts for all eight pre-production units from customers in the fisheries and passenger ferry sectors.   Proteum will receive the first production units in Spring 2016 to support further customer requirements.

An OXE Diesel engine will also be on static display on the Proteum stand within the SC Group pavilion (N9-360). 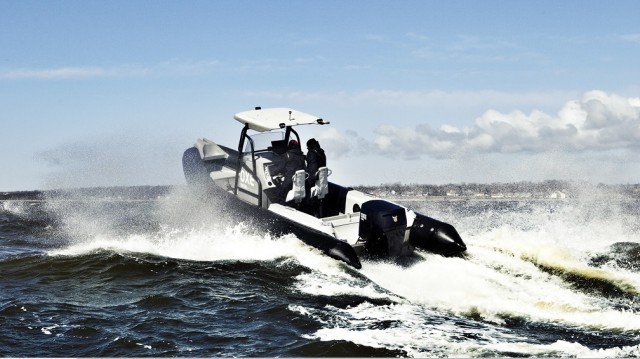